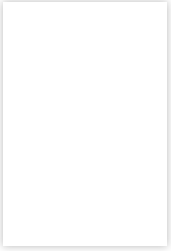 Mr et Ms Galant, farmers in the Lot Valley, in Lot-et-Garonne, choose in 1969 to convert into organic farming their orchards of plum trees d’Ente according to the Lemaire-Boucher method.

With some other farmers, they became the pioneers of the Organic farming in Lot-et-Garonne.

They continued to process their prunes themselves  and began to sell the organic prunes on the French market and on the first dietetic stores. From 1975, they were present at Marjolaine, the first big Organic fair which is held in Paris every year.

Over several years, the family built up its processing business and in 1982 launched a commercial network called Lou Prunel.

In 2002, Laurence Boquet, their daughter, took over the company and joined Alain Brugalières, founder of the company Vitamont who used to buy the prunes from Lou Prunel to process them into organic prune juice.

Among these producers, some chose to cultivate according to the specifications of the biodynamic farming, this allowed Lou Prunel to market a range DEMETER prunes.